Category: > Health > This is What Happens To Your HEART When You Consume Energy Drinks
166shares 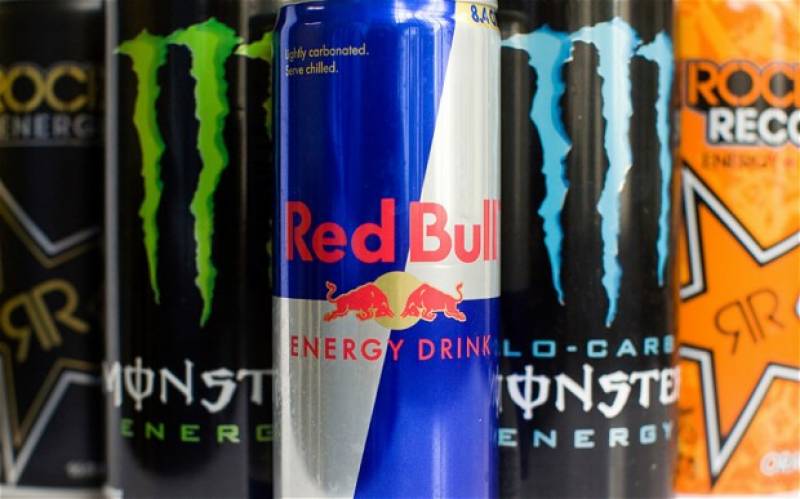 For many young people, energy drinks are the go-to beverage.

Whether they need to study and stay alert for an upcoming exam, stay awake on the road, or need an energy boost before a party, energy drinks are the drink that keep on giving – but not so much for your heart.

Energy Drinks And The Body

The Daily Mail published a chart back in November of 2016, which showed how the body reacts when someone finishes an energy drink. 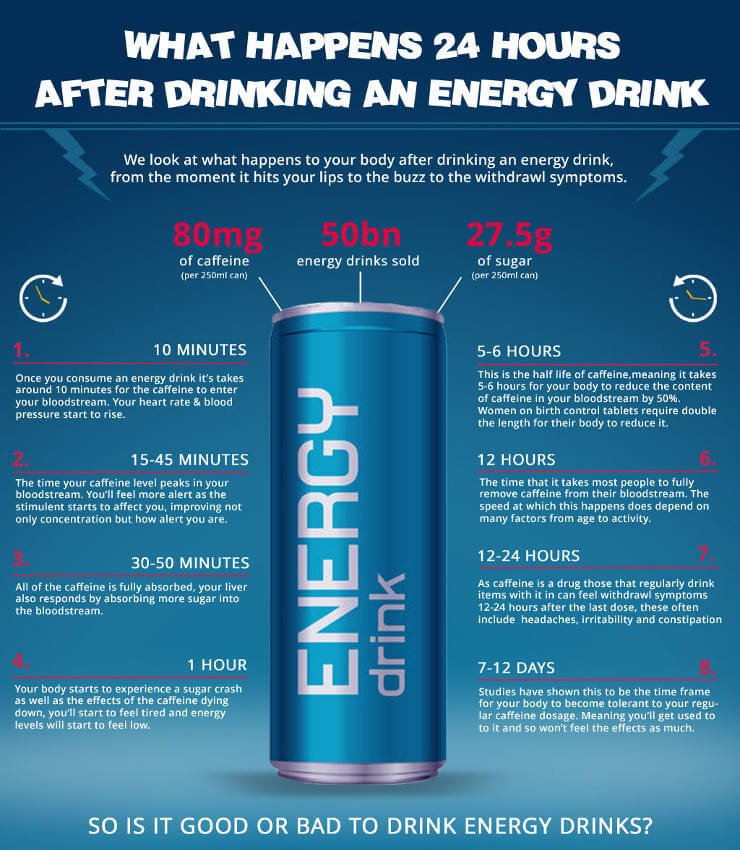 Within 10 minutes of drinking an energy drink, your heart rate and blood pressure start to rise. After 15-45 minutes, caffeine levels peak in your bloodstream, and you’ll feel more alert and focused.

30-50 minutes in, and all of the caffeine has been fully absorbed. The liver responds by absorbing more sugar into the bloodstream, causing the pancreas to release insulin, which signals the body to store excess sugar as fat. By this time, the adenosine receptors in your brain are blocked to prevent drowsiness. All of these effects combined increases your risk of cardiovascular disease (after just a single drink), according to a study published in JAMA.

After 1 hour, your body starts to sugar crash, and as a result of the caffeine levels dying down, you’ll start to feel tired and energy levels will begin feeling low. This is also around the time when you will start feeling dehydrated, as your body flushed out all the water in the drink (caffeine has diuretic effects on the body).

Within 5-6 hours, half of the caffeine you’ve consumed has been used up, and if you take birth control pills, it can take over 10 hours for your body to get to the same stage. After 12 hours, most of the caffeine has been purged from the bloodstream, but this is dependent on activity level, and hormones.

By the 12-24 hour mark of drinking your first can, your body now craves a second, and withdrawal symptoms kick in. If you are used to drinking it every day, dropping the habit will make you feel distressed, lethargic, constipated and headachy – so, naturally, you reach for another can. Some people find it hard to make it through the withdrawal stages and just keep consuming the energy drinks to bypass the symptoms.

It takes the body 7-12 days to become tolerant to caffeine, meaning that instead of needing just 1 can to energize your body, you now need 2 cans, or 3 cans, and so forth.

What Makes An Energy Drink So Bad?

Aside from loads of caffeine, energy drinks also contain a hefty amount of sugar and artificial sweeteners.

One study published in the British Medical Journal warned that energy drinks damage the liver so much that they can cause acute hepatitis, which can cause liver disease, liver failure and necrosis.

“A previously healthy man aged 50 years presented with malaise, anorexia, abdominal pain, nausea, vomiting, generalized jaundice, scleral icterus and dark urine. He was not on any prescription or over-the-counter medications, but reported drinking 4–5 energy drinks daily for 3 weeks prior to presentation,” Dr. Jennifer Nicole Harb wrote in the study summary.

The researchers concluded that these effects are mainly due to the high levels of vitamin B3 added to the drinks to help your body convert the drink into energy. High fructose corn syrup and other added sweeteners also damage the organs.

In one case, a 14-year-old girl from Maryland died after drinking two 24-ounce cans of energy drink.

It is estimated that the number of people hospitalized due to energy drinks doubled between 2007 and 2014 in the US, according to SAMHSA.

When drunk with alcohol, energy drinks can have effects similar to that of cocaine.

There are many alternatives to energy drinks that you can make right at home.

Maca has been used for centuries by ancient Incan warriors to increase strength and stamina before battle. Nowadays, maca powder can be put into a smoothie, made into a tonic, or taken as a tincture to increase energy levels, balance hormones, increase libido and improve strength.

Green juices and smoothies are a great source of B vitamins, which are needed for our metabolism to run at its peak. When your metabolism is higher, your body is better able to produce enough energy at a faster rate.

Also, drinking plenty of water is necessary for the body to feel vibrant and alive. Aim for 3-4 litres of water a day. Fresh coconut water is also a bonus if you have access to it!

Matcha, green tea, and yerba maté are also good alternatives for those trying to wean off heavy consumption of caffeine products like coffee and energy drinks.

Exercising in the morning is another plus to keep your energy going strong, all day long!